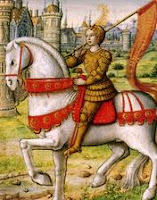 
They are everywhere. They are real, fictional or mythological people of the past and of the present. They are people we recognize by name, by personality and by deeds and are often the subject of films, literature, songs, tales and other elements of folklore.

These memorable people run the gamut, from politicians and healers to scoundrels and loners, they are known by their strengths. Some are historical public figures. An example of an American folk heroine whose live was well documented was Dolley Madison, the 4th First Lady of the United States (President James Madison).

Occasionally acting as First Lady during the administration of the widowed President Thomas Jefferson, she was best known for furnishing the White House and for making it into a gathering place for both Democrats and Republicans.

Other folk heroes and heroines were private individuals whose lives were not documented for posterity. However, the work of these people did as much as those more public people to change the course of life for many. A good example of that would be Jonas Salk, the medical researcher and virologist who was the first one to license a polio vaccine in 1962.

And still there are fictional folk heroes and heroines whose deeds and personalities were or are larger than life. These characters reached mythic proportions. Think of Star Wars’ Luke Skywalker or Rosy the Riveter who represents the strength and power of American women during World War II. It’s important to note here that these particular characters, while not real people, embody a composite of character traits that we Americans admire. These traits represent cultural values such as courage, honor, sacrifice and hard work.

Useful Storytelling Tips from a Pro